Russell Means: Welcome To The Reservation

The United States is one big reservation, and we are all in it. So says Russell Means, legendary actor, political activist and leader for the American Indian Movement. Means led the 1972 seizure of the Bureau of Indian Affairs headquarters in Washington, D.C., and in 1973 led a standoff at Wounded Knee, South Dakota, on the Pine Ridge Indian Reservation, a response to the massacre of at least 150 Lakotah men, women, and children by the U.S. Seventh Cavalry at a camp near Wounded Knee Creek.

American Indian Russell Means gives an eye-opening 90 minute interview in which he explains how Native Americans and Americans in general are all imprisoned within one huge reservation. Means is a leader for the Republic of Lakotah, a movement that has declared its independence from the United States and refused to recognize the authority of presidents or governments, withdrawing from treaties it made with the federal government and defining its borders which cover thousands of square miles in North Dakota, South Dakota, Nebraska, Wyoming, and Montana.

Means explains how American Indians have been enslaved within de facto prisoner of war camps as a result of the federal government's restriction of their food supply and the application of colonial tactics, a process that has now also been inflicted on the United States as a whole which has turned into, "one huge Indian reservation," according to Means.

Means warns that Americans have lost the ability of critical though, and with each successive generation become more irresponsible and as a consequence less free, disregarding a near-perfect document, the Constitution, which was derived from Indian law.

Means chronicles the loss of freedom from the 1840's onwards, which marked the birth of the corporation, to Lincoln's declaration of martial law, to the latter part of the 19th century and into the 20th when Congress "started giving banks the right to rule," and private banking interests began printing the money. http://www.prisonplanet.tv/ 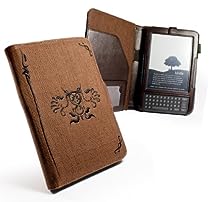 I love a people that have always made me welcome to the very best that they had.

I love a people who are honest without laws, who have no jails and no poorhouses.

I love a people who keep the commandments without ever having read or heard them preached from the pulpit.

I love a people who never swear or take the name of God in vain.

I love a people "who love their neighbors as they love themselves."

I love a people who worship God without a Bible, for I believe that God loves them also.

I love a people whose religion is all the same, and who are free from religious animosities.

I love a people who have never raised a hand against me, or stolen my property, when there was no law to punish either.

I love and don't fear mankind where God has made and left them, for they are his children.

I love the people who have never fought a battle with the white man, except on their own ground.

I love a people who live and keep what is their own without lock and keys.